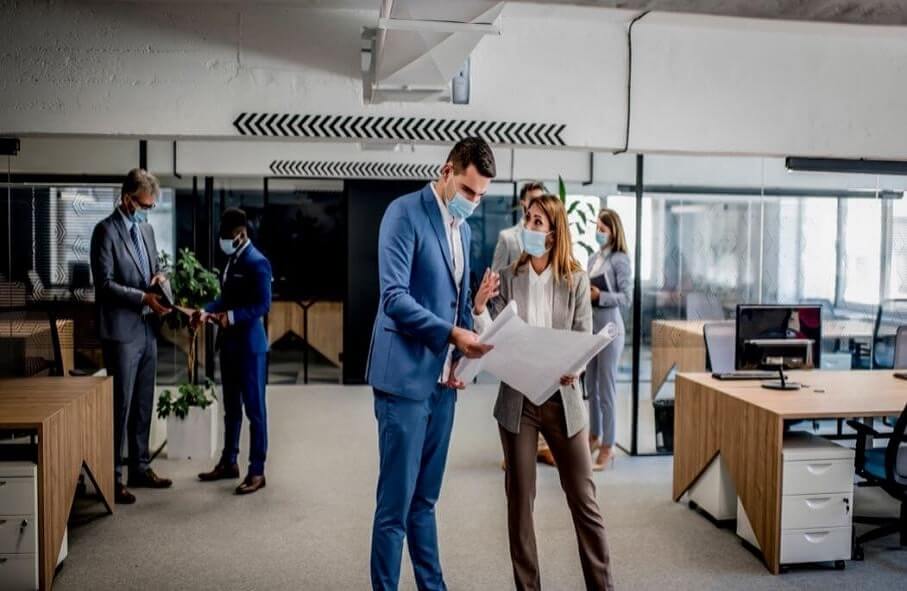 Many people, companies, and industries are defining 2021 as the year of the pivot. This is understandable when you look at how our world has changed in recent months and years. Workplaces are pivoting, lives are pivoting, and the way things are done is regularly changing.

A look at the stock markets right before COVID-19 hit is an example of why this year is the pivot year. All it takes is searching through the price movements of 5,000 huge global companies over the last year. Examining this information has shown more than anything else that this year is the year of the pivot.

It’s the year for people and organizations to make huge moves and appreciate huge benefits for doing so.

The last year or so has been challenging; nobody is going to deny that. However, if it creates needed change, it’s not all bad. Change challenges us to do better, become more, and make better choices. But it takes a little bit of courage to jump in and make huge changes, too.

The Four Acts of Capital Markets

Browsing and examining all of these companies and their markets makes it clear that capital markets have moved through four unique acts. Each of them is important and plays into the pivot year we’re currently moving through.

The first act is defined as the initial month after the pandemic started. Unfortunately, this was not the best time for most companies. All of the major stocks substantially dropped in every single sector. At this time, all of the news that came out was bad. It seemed as if there was no end to the downsides. Everyone was uncertain and worried.

However, as we moved from mid-March through the beginning of June, there started to be major differences depending on business sectors. For instance, industries like banking and energy, which had already been struggling, continued to see things get worse. However, some consumer and tech sectors managed recoveries since the pandemic created a huge demand for certain services and products.

The third act of the markets started in August and was the beginning of lockdowns being lifted around the country. This created a better market recovery across the board. While the market hit rock bottom less than eight months before, nearly half of industries had come back from their lows in February. So, things were starting to look up.

Now, we have the final act to consider. This occurred as industries that were still struggling started to bring up new ground. It happened as the upcoming vaccines started to create optimism and confidence in consumers. However, there was still a significant gap between struggling sectors and leading industries that would only get larger.

Throughout all of these acts, two different things occurred. The first is that average returns began to go up from negative 30% to plus 20% at the conclusion of act four. In addition, through every act, the gap between industries continued to expand. This went from 27% in March all the way to 80% today, a gap that is completely unique in recent history.

Without naming names, one particular group outperformed to an extent where it stands out from everyone else. The companies included in the group were inclusive of 40% of the market gains. Each added on about $230 million of market cap.

This group is largely composed of four things: Asian technology, North American technology, semiconductors, and electric vehicles. Each of these sectors has benefitted from huge demand throughout COVID-19.

What’s even more interesting is that many of these trends were already in place before the pandemic, from telemedicine to ecommerce and geopolitical tensions. Moreover, the trends showed even broader performance in the associated sectors. As a result, the industries that zoomed ahead over the last year were already doing great over the last five years.

Each of these sectors was already doing well but managed to become more robust. However, the sectors that were left behind started to escalate at even higher rates.

In addition, within all sectors, performance gaps exploded. Regardless of the past year’s performance, every industry had companies that moved far ahead and those that fell a bit beyond. This is a result of the differences between the sectors, such as asset-light and tech-forward business models, influenced the performance of each individual company.

There’s another way to think about this. If two people are running away from an apex predator, even the smallest differences in energy, speed, and strength make a huge difference in whether they survive or not.

Strategies Come Back Into Play

The crisis of the pandemic changed the course of business, regardless of company size, sector, or industry. As a result, many companies put their strategies on the backburner while focusing on the pandemic. However, the growing number of deals and increasing capital investments show that this may be a break that is nearing completion.

The current capital markets show that things are moving at a quicker pace and a time to innovate while moving back into the market. The companies that aren’t prepared to jump in and make changes with a boost of momentum are likely to be those that fall behind and never make it into recovery.

Looking at past financial crises indicates that those who are stronger when leaving a downturn are more likely than their competitors to retain that advantage for 10 years or even longer.

Where To Go From Here

At this point, what every business needs to ask is what they’re going to do in 2021 to stand out. Just as important is considering what should be left behind to ensure the best results as the year goes on.

This is a year for a pivot away from the things that are standard but not working and toward strategies that are new and innovative but capable of propelling you to stronger heights.

It’s all about reimagining the world after the pandemic and creating the needed change. If you can outperform and coexist with the largest companies, this is the time to seize the moment. Make changes, get out there, and do what you do best.